The video published on June 12, 2021 by the Youtubeur Men in Bike and entitled "VOL - ON ME VOLE MA MOTO ON VAERCHE LA CHERCHER AVEC LA BAC" (link at the end of the article) has generated a lot of reactions. It now has over 338,698 views (and counting ??).

At first he thinks it's a joke from his colleagues, then when he checks the location of his bike on the Pegasus app he realises that it's serious.

You will find a recap of the highlights of this video at the end of the article.

Disclaimer: contrary to what has been written in some of the comments under the video, this is neither a sponsored article nor a staged event (conspiracy theorists be damned).

OUR PRECISIONS AND RECOMMENDATIONS
As the designer and manufacturer of the Pegasus Moto GPS tracker (mentioned in the video) we have been working regularly with the police (see the KTM 690 Duke found by Paika) and with victims for several years, which leads us to make these two essential recommendations:

1/ First of all, be careful: never think that your motorbike is in a protected place. Even here, in the grounds of a public higher education establishment, in a very visible and busy area, where the access is monitored by 4 cameras, and where a sign indicates "establishment under video surveillance" just above the car park. (Re)read our article on theft by lifting and the merits of GPS anti-theft devices.

Let's press a little more on the cognitive bias of reassurance: it's not because there are other bikes parked without any apparent anti-theft device (including another Yamaha Mt07), that we should deduce that if the bikers already there don't secure their bikes, it means that the place is safe.

2/ Secondly - and this is related - don't think that the duration of the planned visit is a pretext for not securing your bike. In our case, the Men in Bike Youtuber is visiting biker friends and doesn't think he'll stay long. But it takes no more than 5 minutes to steal a motorbike. An analogy can be made with the biker's protective gear: just because you're going to get the bread at 2 minutes doesn't mean you can get on your bike in a T-shirt, Bermuda shorts and flip-flops.

All this being said:

1/ You must always put on your U, your chain, your disc lock, etc. How to secure your motorbike? Read our article on how to avoid motorbike theft.

2/ Remember to activate the "anti-theft" function of your Pégase box. This allows you to be alerted as soon as the motorbike is touched and moved (see the different alert modes available). And therefore to react immediately.

CHRONOLOGY OF THE VIDEO'S HIGHLIGHTS :

At 16:00 he goes to the area located as a passenger on another motorbike. On the way he contacts Max, who himself had his KTM 690 SMCR motorbike stolen two weeks earlier.
He then contacted Police Secours, to explain the following situation: his Yamaha MT07 had been stolen at around midday on the university campus in Nantes. After explaining that the Pegasus GPS motorbike tracker with which his bike is equipped enables him to locate it, he gave the name of the street where it was located.
Accompanied by two motorcyclists, he was in a suburban area and was confronted by a group of individuals who asked him to leave. The arrival of the police in the area caused the five people to disperse.
Still on the phone with Police Secours but parked in another location, he asked for police intervention as the location of his motorcycle was known thanks to the Pégase Moto tracker.
The national police then joined the motorcyclists, and it was finally the BAC who took over the case.
17H Several vans go to the scene, and the BAC begin to open the cellars.
17:30 At the end of the second cellar his motorbike is found, along with another MT07 stolen from the same place.
The motorbike is then parked at the impound lot.
MIB notes the damage and draws up a report (receipt of complaint) with the police.
Then he files a claim with the insurance company and recovers his motorbike (guarding costs, unclear relationship between garage and impound, garage and expert, garage and insurance).
3 weeks of expertise before giving the verdict: bike repairable.

Article published by Alice from SMT Performances on 17/06/2021 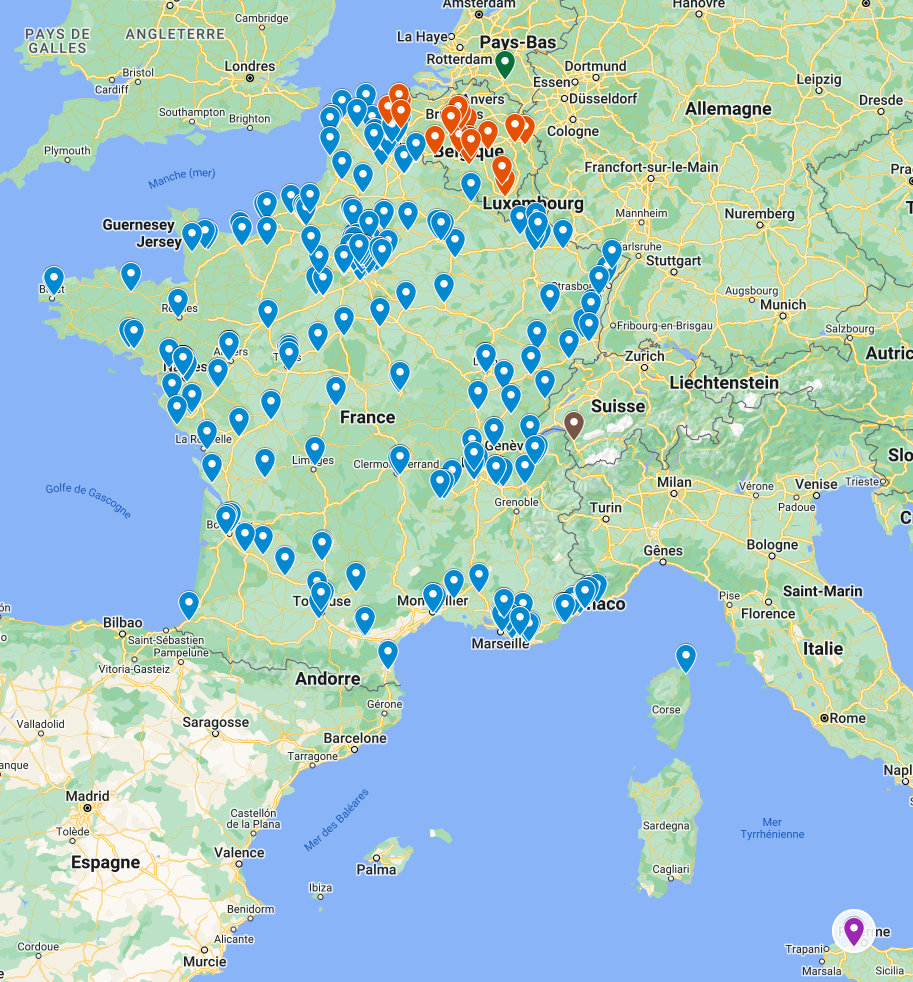