A motorbike stolen, in the presence of the owner, by a potential buyer...

Two months ago, in early March, G. was looking to sell his 2020 Africa Twin Adventure Sport. A friend of his posted the offer on his social media and G. was quickly contacted by someone who seemed interested. The seller and the potential buyer met in a public place, in the car park of a hardware shop in Torcy, France.

G. tells us what happened:

“I arrived at the car park at the agreed time and the buyer quickly informed me that he had made a mistake and that he was waiting for me in the car park of the same hardware store but in the town of Logne, which is 10 minutes away.

I decided to go straight to him to avoid wasting time. Once there, he asked me to test drive the motorbike, but I refused. He insisted and I asked him to leave me his car keys as a guarantee. He didn't have a helmet or gloves, but as he had to try the bike in the car park, I didn't think it was worth lending him my equipment despite his request.

He got on my bike and pretended to look for something in his pocket. I let my guard down and he took the opportunity to leave the car park.

I immediately realised what was going on and it was exactly what I had feared: a theft.

I explained the situation to a passer-by who agreed to take me home. At the same time, I called the police and opened my Pegase Moto application on which I could follow the live movements of my motorbike. I was able to tell the police the location of the bike in real time!

When I got home, I jumped in my car and started the GPS navigation to my motorbike, which seemed to be parked at the time. It was located in Bonneuil. Once I arrived, it was indeed in the place indicated by Pegase. I called the police, who quickly came to see what had happened.

A tow truck also came to tow the motorbike at the request of the police, and to take a DNA sample.

No damage was reported. The Nieman has to be changed as the thief left with the key. The theft took place at 10.30am and I was able to collect my motorbike at 12pm.

Afterwards, I went to file a complaint and an investigation was opened.

I provided the police with a record of the thief's ride, a function made possible by the Pegase application. The police were able to find which cameras were present on the route and view the surveillance videos. This allowed them to see the face of the thief (who was not wearing a helmet) and it turns out that he was known to the police: he was quickly arrested and I went to identify him.

He is going to be tried, but the magistrates are still waiting for the prosecution's evidence to come back, especially the DNA analysis."

G. had fitted his Africa Twin with a Pegase following a burglary in his home in January. He had already found it thanks to the police who had intercepted the thieves' truck.

Thank you for sharing your story! And thank you to the police for their efficiency!

Article published by Alice from SMT Performances on 05/05/2022 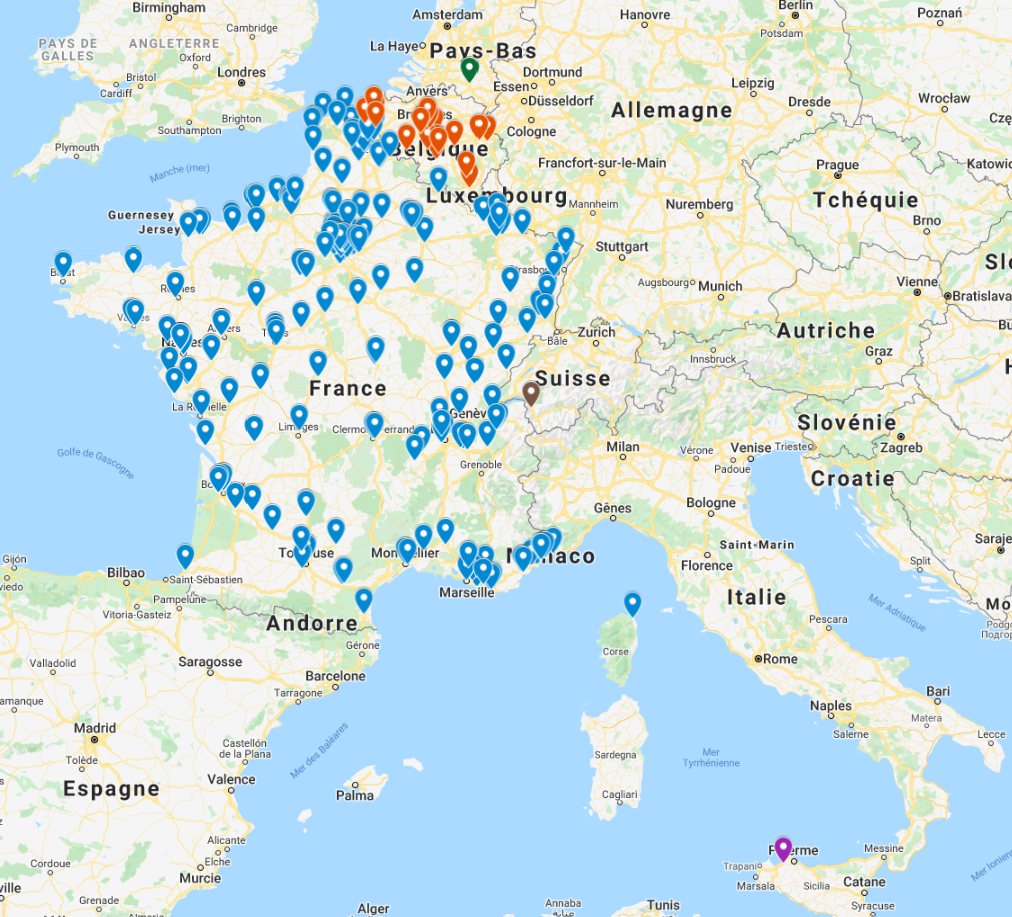